A brutally political vision of a better tomorrow

There are two kinds of politics. The first is the I have a dream kind - the formulating and propagating of ideas about how the world should and ought to be. Dreams, visions, utopias, better tomorrows - all the good stuff. 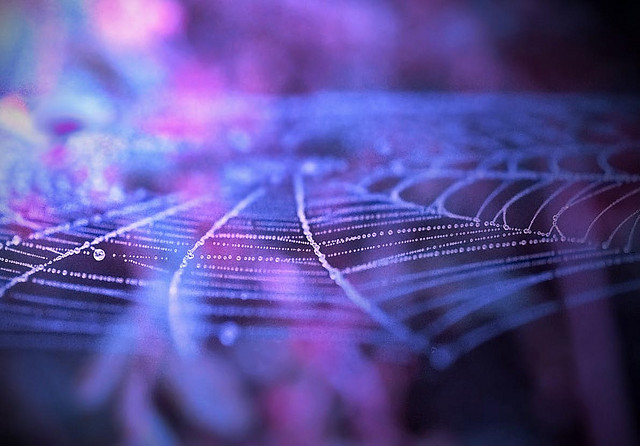 Something that most people are either blissfully unaware or all too aware of is the difference between these two kinds. Those who are so lucky as to be unaware can spend oh so many joyous hours in the company of better tomorrows - those tomorrows that follow after the Revolution, the Rapture, the Realization of the Free Market or any other Singularity you might imagine.

Those of the unlucky persuasion are stuck with either the writing, reading or unhealthily close interpretations of policy documents. Which can be just as interesting, boring and hellishly narrowly focused as it sounds - depending on the particular circumstances of who, what, why, and how much money it would cost.

These two kinds are related. But not as a direct line from the one to the other, but rather as a long circuitous series of indirect routes and Chinese whispers. Which, as you may or may not know, means that the intentions that enter into the one end does not necessarily translate into the intended consequences at the other end.

To formulate it in a soundbite: all political visions must survive being translated into policy documents.

Which means that a whole lot of translating, misunderstanding and office politics will have meddled in the political vision by the time it reaches those who are supposed to make it happen. And, unsurpisingly, means that it is harder than it looks to change the ways institutions work, even when the vision of the better world is perfectly clear at the top level. (Be that at the level of central government or the level of theory.)

This difference between the two different kinds of politics tends to be what makes people bitter, cynical and apathetic. On the one hand, the better tomorrow is a better place. On the other hand, the inertia and general indirectness of actually existing political institutions is enough to make even the most bravehearted of idealists lose heart. Nothing ever changes!

The thing is - they do. They are nudged, budged and ever so imperceptibly moved in this direction and that. It's not a big blob of inert political matter that envelopes the lands in a permanent status quo, but rather a vast collection of interconnected and mutually affecting social contexts. Changes in one place has consequences in another, which has consequences in yet another, and so on - and the key to making change happen is to nudge, budge and wiggle at as many of these places as possible at the same time.

All political visions must survive the translation into policy documents. And you can help that translation - at all levels. Wherever and whoever you are.

That's a vision for a better tomorrow if there ever was one.
Posted by Sargoth at 06:33 No comments:

There's no vision at work here

Among all the stupid political goals that exists, the goal to "create more jobs" is among the more stupid ones. Furthermore, it is one of the least visionary, least reality based and least relevant goals that can be set for a society like ours.

The simple truth is that there are a certain number of things that has to be done in order for society to function. Things beyond discussion - keeping the infrastructure working, getting food to people, power generation and such things. Then there are things that makes society better for being done - social work, healthcare, optimization of administration and so on. And then there's all those things that really can't be said to be necessary in any way, but that gets done anyway - public relations, high end insurance ponzi schemes , frivolous entertainment jippos and suchlike.

To make a long story short: the goal to create more jobs is undermined by the fact that we really don't need, desire or even want more of what jobs bring us. Under these circumstances, to portray job creation as the highest - not to say only - political goal worth having -

It's an insult to any and all intelligent beings you care to associate with.

People need to eat, sleep and be sheltered from the elements. They desire community, meaning and worthy things to do. And they need and desire these things regardless of their status on the ever shrinking job market. A market that shows every imaginable sign of neither wanting nor needing more people.

It may not be not be visionary to want a society where people can eat, sleep and feel safe in their continued beings. But compared to the main competing vision, it is an all the more realistic one.

Give people what they need, not what an outmoded political system wants.

Sometimes, said and done are the same thing

I recently read the last book in the Wheel of Time series. I won't spoil, comment or say anything about anything in it. Just quote one particular line, by virtue of its particular quotiness.

This line, in and of itself, does not tell us anything. In context, however, it does literary magic. In several ways.

The context is that one of the characters all of a sudden is given a new name. Very literally, brutally and suddenly. Up to that point, the character had all through the series been referred to as something else. As readers, we could reasonably expect that this name would stick around to the end. And then, suddenly -

Your name is now Knotai.

Two things happens in our quoted line. The first (and most obvious) thing is that the question "what in the name of Hunter S Thompson kind of name is Knotai?" gets asked. Which is a valid question - absolutely nothing up to this point in any of the preceding thirteen books gives any hints whatsoever that this will happen, and no explanation is given. At all. We are left in bafflement, confusion and general flabbergastedness at what just happened. Much like Knotai.

The second thing that happens is that the new name is established as a fait accompli by virtue of that one quoted line. Notice who it is that's wondering about the new name - it is, indeed, Knotai, the bearer of the new name. The name change happened, and it happened. All through the rest of the segment, Knotai is Knotai - and no two ways about it.

All of this happens in just three words. Said and done.

Email ThisBlogThis!Share to TwitterShare to FacebookShare to Pinterest
Labels: rhetoric

Hacking all the things

For some reason, the notion that hacking is something done on and with computers has taken a very firm hold on the popular imagination. The reasons for this are many and interesting, and I might very well return to them in the future. Right now, though, I just want to turn your attention to the fact that you can hack pretty much everything that has sufficient complexity to be hackable.

One example of this, which is on my mind due to it being in the local media at this moment, is the tax code. In particular the tax code regarding the construction and renovation of houses. As you might imagine, these can be rather expensive propositions, and as a means to get people to (re)build things anyway, a deduction was introduced. The short, easy to grasp version is that you can deduce costs relating to labor, and only labor.

This can be hacked, if you put your mind to it.

The way to go about this is to say - okay, labor is deductable, material items are not. How do I make sure that I can get the most out of these particular circumstances?

By manipulating the numbers in this way, you can maximize the deduction while at the same time still charging the same price for it. (Or less, should you want to compete with someone else.) Which translates into profits, all legal and proper.

This, dear readers, is an act of hacking. And it is not quite as related to computers as one might imagine hacking to be. Rather, it takes advantage of the complexity of a system. Not a computer system, but a system in general.

As the players of computer games are so wont of saying: