How the Holocaust could happen again

The scariest thing about the Holocaust is not that millions of people were killed in it. Which, to be sure, is a scary thing in and of itself - anything that kills millions is scary - but even scarier is the weapon used to kill all these people. And the brutal industrial efficiency with which this weapon was applied. 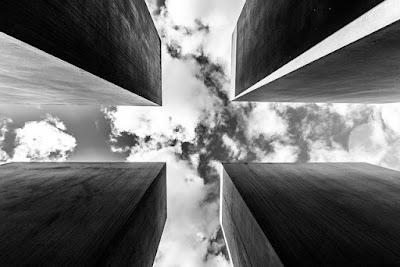 It should be pointed out that the Holocaust was not a sudden impulse amongst a few maniacs with supercharged ambitions. Such impulses and such ambitions can be found in abundance in more people than they really ought to, but most of these people never get around to act on it. And those who do only kill comparatively few in comparison - although every death is a tragedy, even the most ruthlessly efficient mass shooter can only shoot so many before running out of bullets. No matter how megalomaniac a crazed individual gets, it is physically impossible for them to shoot millions of people.

The Nazis began their holocausting using guns. Line up the Jews and shoot them. Bang. One bullet, one dead Jew. Easy mathematics. After a while, though, they found that this brought along unexpected difficulties - bad publicity and poor working conditions. It's hard to keep a populace sedate when parts of it are visibly marched to a nearby field and shot, and the logistics of dead bodies is not a problem to be underestimated, especially when it comes to optics. Worse is the logistics of those who have to execute these policies - they break psychologically, and have to be replaced with new bodies. Seeing mass death is devastating in the extraordinary circumstances of the front lines, and even worse on the home front. If the final solution were to be sustainable, it had to utilize more efficient means.

They found more efficient means. They used them systematically and with comprehensive documentation. They mobilized enormous resources in order to find even more efficient means of utilizing these means, and then set to work using them, with the implacable pace of a looming Monday morning.

It's incredibly difficult to give a civilian a weapon and ask them to shoot another unarmed person who's incapable of defending themselves. Most people have an inbuilt instinct that screams that such an act is the most wrong they could possibly do, and even soldiers have to undergo hard training to suppress this instinct - even when it comes to shooting at enemy soldiers who are shooting at them. The instinct not to kill is a fundamental part of the human psyche, and those who want to exterminate a large number of humans have to take this into account. A more rational division of labor was needed to get the job done.

With this in mind, the Nazis separated their victims from the societies they were to be eradicated from. First in the form of ghettos, and then in the form of concentration camps. When the victims were removed from the ordinary lives of ordinary people, they could be processed with brutal efficiency without causing either public relations disasters or workplace hazards. The old expression "out of sight, out of mind" becomes somewhat morbid when what's not seen is the routinized killing of millions. 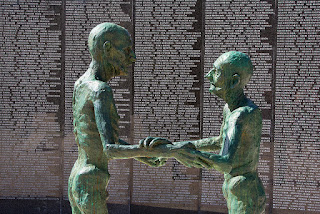 Routine was the main component of the Holocaust. It takes time to read millions of names (if you begin now, you'll be done in a week or so, depending on if you need to sleep or not), and it takes even longer to put these names out of existence. It cannot be improvised, and has to be carefully planned. It has to be administered. Trains must be kept rolling, employee registers updated, budgets balanced. It requires a whole range of boring activities that in and of themselves are neither interesting nor deadly.

The Nazis mobilized large parts of the civilian workforce to make the Holocaust happen, one small task at a time. Repairing and maintaining trains might seem a morally neutral job in and of itself, but not when these trains have destination Auschwitz. Sitting in a gray office and administering employee paperwork might seem like the least bloodthirsty thing imaginable, but even SS troops had to be paid. Budgets are among the most boring things in existence, yet the notion of being bored to death becomes terrifying when one reads the planned expenditures on concentration camps.

These are but three examples of tasks that needed to be performed to keep the Holocaust going. Most of these tasks didn't demand more than that they were fulfilled with a modicum of enthusiasm and with modest efficiency. They didn't demand any particular ideological conviction, and as long as they were done, the killing could continue. As long as ordinary people kept going to their ordinary jobs under ordinary working conditions, the Holocaust could add another working day to its balance sheets. Production is proceeding on schedule and within budget.

Under these conditions, the mass killings could continue out of sight, all the while the civilians continued to try to eke out their lives in the shadow of the war. Ordinary people could continue to go to work, catch movies at the cinema and live to the best of their abilities, most of the time without even thinking about Jews (except when mentioned in the propaganda). They had other things to do, and when they after the end of the war said they didn't know what was going on, this was more often than not because they actually did not know. It was not a part of their lived experience, and those things that are out of sight are also out of mind.

The scariest thing about the Holocaust is not that millions died in it. The scariest thing is that a whole society was re-focused to mass-producing death on industrial scales, and that the means of producing these deaths was the accumulated efforts of millions of ordinary citizen's daily labor. Its infrastructure was the boring routine 9-5 workday, writ large.

It becomes even scarier when we remember that "an honest day's work" is still regarded as a positive thing. Going to work, performing one's duty and earning one's keep are positively charged phrases. There are many governments in the world with the explicit aims of putting more people to work. Arbeit macht frei.

When it is said that the Holocaust could happen again, this should not be understood in terms of the continued hatred against Jews and other groups. It should be understood in terms of ordinary, honest people being put to work in the infrastructural and administrative sections of another industrial mass killing, and that this can be done without them noticing. Worse, that the inevitable whistleblowers exposing these killings will be lost among the absurd amounts of other terrible things happening in the world. What's one more hard-to-confirm rumor when there's a deadline to meet?

The only thing necessary for evil to triumph is ordinary people not doing anything in particular. One workday at a time.

A thought struck me as I reread the discursive anomaly on Matthew Arnold. (Two, counting the thought of upping the production rates of new ones.) It's that I missed something, and that this something is important enough to turn into a new post. This something is a phrase, and I shall now quote it verbatim:

"the best that is known and thought in the world"

It is seemingly a forgettable phrase, short and stuck in between other more quotable phrases. Yet it conveys what criticism ought to be about. It approaches the object of study armed with the best that is thought and known, and proceeds to educate the readers about these things.

This differs from the notion of writing from the best of one's ability. Anyone can do that, with varying results. Writing from the standpoint of the best known & thought, on the other hand, puts an obligation on the writer to haul arse and go find these best things, and to confront them head on with alacrity. Someone else has already done it better, and it is the duty of a critic to go find where and how this feat has been accomplished.

Arnold writes provocatively that England, not being quite the whole world, is most likely not the place where the best that is known and thought in the world is to be found. Which in the 1800s must have been quite a provocative statement. I can only add that this statement is valid, mutatis mutandis, even today.

The most fruitful application of the notion of what is best known & thought is as an inverse. That is to say, as something to be aware of when some text or communication actively isn't utilizing these things, and instead settles for something else. Something that is, by necessity and in comparison, worse than what it ought to be, and has to be read as such.

You can already see the critical impulse at work here. Sensing that something could be better is the first step towards critiquing it. It is a subtle yet useful thing.

It's even more useful when it comes to discussing people who like to style themselves rational. They of all people would agree that discussions should be held using the best tools at hand, and that to not do so would be - indeed - irrational. Yet when they return for the umpteenth time to present the same rehashed talking point about, say, feminism, this notion strikes with a vengeance. Not knowing something right here and now, in the heat of discussion, is forgivable; still not knowing it a year later after engaging in discussion after discussion on the same topic - is clearly a failure to employ the sources detailing what is best known & thought.

Which, to be sure, is the opposite of rational.

Subtle but useful indeed.
Posted by Sargoth at 01:40 No comments: