Freedom of expression and blockbots

Freedom of expression exists on a scale. It has two poles, two extremes. On the one end, you're alone in the middle of an empty forest, as far away from everything and everyone as possible. On the other end, you are literally centimeters from someone's ear.

With this image in mind, it's very easy to intuit that you can scream as much and as loud as possible when alone in the desolate forest. It's just as easy to grasp that you might want to tone down your volume as you get closer to the ear. You can common sense your way into an understanding of when it is appropriate to scream and when it isn't.

Just to be absolutely crystal clear: your freedom of expression does not include the right to scream into random people's ears. You are free to express yourself with screams, albeit at a distance.

If you don't take this into account, you get into strange territories when discussing freedom of expression. It does not limit your freedom to use common sense. You can easily understand why you'd not want people to scream in your ear, and with a bit of empathy you can just as easily understand why others wouldn't want it. Yet if you don't, even the most mild-mannered suggestion to please tone it down will be recast as a limitation of your freedom of expression.

Which brings us to the topic of blockbots.

Blockbots are what the name implies: bots for blocking (in this case social media accounts). It's a hassle to block large numbers of accounts, and to boot you have to keep doing it if you want to keep the blocklist updated. It's as easy as apple pie to create new, unblocked accounts, and while it is just as easy to block them as they appear, it gets old after a while.

Why would anyone need a blockbot? The answer is not subtle: because a large number of people are screaming at one's ear, and won't stop no matter how politely one asks them to.

Just as when it comes to sound, volume matters. In this case, it matters in terms of numbers rather than decibel. When a large number of people send what amounts to the same message over and over again, the volume is unbearable. Even more so when responding to any one of them only results in more of the same, and in a sense only serves to pump up the volume.

When a voluminous group of people assemble outside one's residence, it is only prudent to close doors and windows in order to keep the noise out. The same goes for social media: volume speaks louder than words.

Blockbots are, to put it bluntly, volume control.
Posted by Sargoth at 10:19 No comments:

Email ThisBlogThis!Share to TwitterShare to FacebookShare to Pinterest
Labels: internet

Death of the student

Today, I did something that might be considered sinful.

I went to the library, pulled out a ~500 page book, looked up two things, made a note of the pages where these things were written, and went home.

Thus concluded my engagement with the course literature. Or that particular part of it, at least. That book needed to be cited at some point as a proof of having been read; having the page numbers of the aforementioned two things is the absolute minimum required proof. Grammar will do the rest.

On the one hand, this might be construed as something wrong. I'm supposed to struggle with the ideas and concepts and assumptions found within that book, and through this engaging struggle come out as a wiser, more knowledgeable and well-read person. It's the journey that's the point, and taking the helicopter route misses it entirely.

On the other hand, academic writing is all about reducing the presence of self. The whole point is to make everything as intersubjectively accessible as possible, in such a way that whomever approaches it shall (in theory) be able to retrace the steps taken and get to the same place. The text stands on its own, as an autonomous object with its own internal deterministic dynamic. Whether the author has read the works cited or not does not matter: if these works objectively fulfill the function the text assigns them, the argument holds.

Thus, we find myself in a bind. On the one hand, there's the already mentioned goal of getting students (ie me) to read their appointed texts. On the other hand, the point of reading these texts is to get a feel for the nature of academic writing and the autonomy of the written word. On the one hand, I'm supposed to acquire knowledge; on the other, I'm actively acting on this very knowledge and putting it into very solid, very concrete action.

To invoke Wittgenstein: to understand something is to know what to do next.

There is a way out of this bind, however, and that is to insert me into the equation. That is, I cannot afford to buy the book in question, and the library copies have waiting lists longer than my arm. If I am to get anything done before the due date, doing it on the fly is the only way.

Such are the contradictions in the life (and death) of the student. -
Posted by Sargoth at 03:45 No comments:

Email ThisBlogThis!Share to TwitterShare to FacebookShare to Pinterest
Labels: education

Build your own filter bubble in eight easy steps

1. Build your own social reality. Minimize contact between the bubble inhabitants and the rest of the world. Do it in such a way that the primary (preferably only) social contact happens within the bubble. Encourage the creation of a shared jargon and worldview. Encourage shared practices and rituals. The more distinct and self-contained, the better. 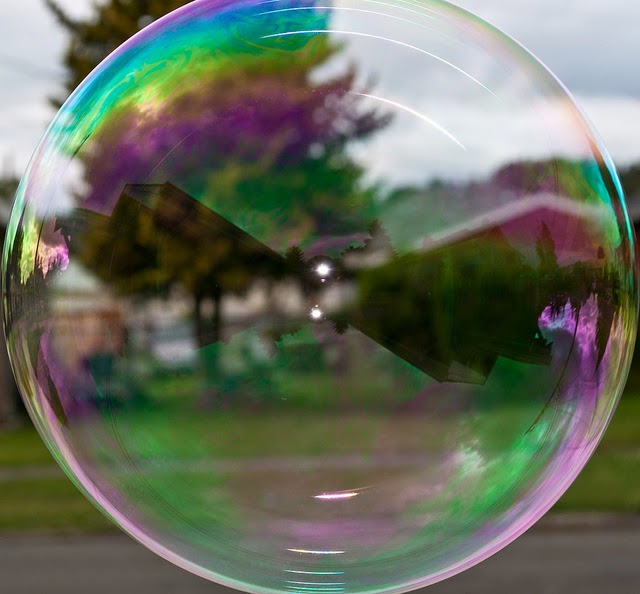 2. Create an ingroup and an outgroup. Remind the inhabitants that they possess a very specific form of knowledge, and that this obliges them to act in certain ways. Create strong norms that excludes those who do not act in these ways, and thus also strongly encourages conformity. Present dissidents and outsiders as ignorant and less worthy. Take every opportunity to remind the inhabitants about the virtue of the ingroup and the vices of the outgroup.

3. Successively raise the stakes of participation. Begin with small acts of participation, and slowly but surely increase what is expected. Most people are willing to help out with small tasks, and once it is done it's easy to happen upon doing it again. And again. And again. And each time, a little more. One thing leads to another, and before long, the accumulation of small things is a significant portion of one's life. Once invested (in terms of time, energy, and eventually money) it's hard to leave.

4. Create a mythology surrounding the leadership. Make it known that those who matter within the bubble matter for a reason. Tell legends of their virtues, accomplishments and past experiences. Solidify their significance and legitimacy. Encourage the inhabitants to tell these stories and legends to each other, and subtly inspire them to add more reverence with each telling.

5. Send out the initiated on proselytizing missions. Let them preach the virtues and worldviews of the ingroup to the masses. Let them suffer the scorn and ridicule of these same masses. Strengthen the bubble through repeated and continuous negative experiences with the outside world. Strengthen the group bonds by enacting and encouraging supportive practices after these experiences. Make the ingroup into a support group (in all things). It's the group against the world. The stronger the negative reactions become, the stronger the group becomes. Unity in the face of adversity.

6. Distract the initiated from unwanted thoughts. Keep them busy with constant activities, constant conflicts, constant constants. By continually keeping the buzz abuzz, the news anew, and the further reading ever so slightly further, distraction is assured. Unwanted thoughts and criticisms are drowned in the now. The bubble becomes a constant now, where every next thing is a natural continuation of the preceding thing.

7. Constantly invoke a bright future. Everything will be better, but not yet. It is within reach, but we have to keep working. The revolution is around the corner, we just have to get there. The singularity awaits. All we need is a slightly bigger bubble, a little more money, just one more turn. We can do it if we want to. Forward!

8. Constantly invoke a dark future. Everything can take a turn for the worse. The threat is ever present. It is looming just over the horizon, and it is heading this way. Only the specific knowledge possessed by the group can turn the tide, and only by putting this knowledge to use can we be saved. We must, therefore we can! We can, therefore we must! Keep going!

It's not hard to construct a filter bubble. It is also, the current hype notwithstanding, not a new phenomenon. The text you've just read is based on a book published in 1992, which in turn is based on material from decades and literal millennia ago. The thing presently called "filter bubbles" used to go under other names back in the days.

The book in question is Age of propaganda, authored by Anthony Pratkanis and Elliot Aaronson. The chapter this text is based on is titled How to become a cult leader.

Makes you think, doesn't it?