The elusive voters and virtues

Living in a democracy puts strange demands on a human being. One of the strangest of them is the regular imperative to vote - every few years, elections happen, and as a citizen you are expected to take part when they do.

One aspect of this is that the impact of one particular individual vote is negligible. It is very rare that an election ends with just the one vote making all the difference - most of the time, the difference tends to be measured in the hundreds of thousands. A vote either for or against tend to be swallowed up in the grey mass of other such votes. Votes and voters are legion, for they are many.

Yet, they are also one. Individual. Singular. And it is in every case up to the individual to arse themselves to their voting stations and make their vote happen.

This imperative is ethical in nature. Ethical as in virtue ethics. Virtue as in "you do it because it's good in and of itself, and that is all the incentive you need to do it".

The imperative to vote can thus be summed up like this: it makes virtually no difference whatsoever what you vote for, but it makes all the difference that you do.

Democracy is confusing.
Posted by Sargoth at 04:45 No comments:

Email ThisBlogThis!Share to TwitterShare to FacebookShare to Pinterest
Labels: power

Look who's talking, as if people like you have a voice!

There are two things you need to experience before moving further into this narrative. The first is this video interview (and the accompanying text), the second is this manifesto.

Go on. Experience. There is time. 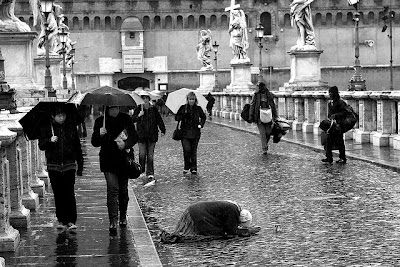 From these two things, we can construe two aspects of the word 'legitimacy'. Did you, for instance, note the emphasis on voting in the video?

Legitimacy, in this instance, is derived from formality. As in, adherence to forms - as long as the formal arrangements are respected and conducted in a proper fashion, legitimacy follows. I.e. the system is legit because and as long as people perform their due duties and vote. If they for whatever reason do not vote, the system would face a constitutional crisis (in more ways than one).

An unintended consequence of this is that those who do not vote are cast as illegitimate. The system is legit because people vote, thus voting is the legit way to affect the system, and if you denounce your right and sacred duty to adhere to formalia - then off with you, rabble. You had your chance, nay, duty, and your refusal to perform adequately disqualifies you from any claim to legitimacy you may feel you have.

Dies, votes and iron are not all cast the same way. Yet they all claim legitimacy.

You may have noticed that the text that accompanies the interview has the word "revolution" in it. Quite often, in fact, and quite prominently. Not in the "the earth revolves around the sound" way, but in the "the current order is illegitimate and will/must be overthrown" way.

Iron can, as you well know, be cast into a great many things. So can dies, Rubicon or no.

This brings us to the manifesto. Since you've without a doubt been a good reader and experienced it, you know that it relies on a different notion of legitimacy. Rather than from form, legitimacy derives from what the system actually accomplishes. If it serves to strengthen the interests of a few while leaving the rest in the literal manifestation of hell on Earth - it has a legitimacy problem. If it, on the other hand, adapts itself to the restraints of a finite Earth and strives for as good an end state as is possible for as many people as possible - then it has a claim on legitimacy.

The revolution comes about when the notion of who is and isn't a legitimate subject changes. The storming of the Bastille may or may not happen alongside this redefinition, but it doesn't have to. In fact, it can be all the more dramatic for not occurring - suddenly, things have just changed, with no one the wiser. Suddenly, one order of things finds itself without the legitimacy it once had, and another one finds itself always-already implemented as the legitimate way of going about things.

But we're not there yet. There's a span of time between now and then, and as it stands, we have a legitimacy gap. On the one hand, we have the formal order as it stands, with parties and state institutions and legitimate public discourse - those things (or, as the liberals would call them, freedoms) that stand as the bulwark against tyranny and injustice in all forms. On the other hand, we have the ever growing number of people who are not only not included within these things/freedoms, but actively excluded from them. Even more so with the advent of "austerity" - the coordinated and conscious effort to reduce the public sphere to as few legitimate subjects as possible. And, more to the point, as wealthy as possible.

Vote, don't vote - it doesn't matter, you're not part of legitimate society in any case. Tory, Labour, Republicans, Democrats, Left, Right - they won't give a shit about you, your troubles, your opinions, your concerns, or anything else that has to do with you. Especially if you happen to be young, poor, woman, colorful, disabled, odd, politically inappropriate, criminal, or in any other way not quite as legit as you ought to be.

Still. The Rubicon lies ahead of us. It presents us with three choices. We can cast our votes to ignore it all. We can cast iron in order to forge gates to prevent anyone from crossing - and in so doing cast a caste system beyond anything any standard of justice would call reasonable. Or we can cast the die and gracefully storm over to the other side.

Bastille or no Bastille? Only time will tell. Or, better yet - you tell me.
Posted by Sargoth at 23:10 No comments:

It does not suit you to be a woman

Clothes are social things. They are used to communicate a wide range of things at a glance - everything from social status to occupation to political affiliation to any number of other things. You can tell a whole lot about a person based on the way they are dressed - clothes are social markers. More so than just simply means to remain warm in a cold climate.

This is not a controversial statement. I need not go on at length about how the Pope's clothes differ from a construction worker's - you already know all about that. You have the decoding skills needed to understand these social cues.

From this understanding, we can pose this question: how can a women dress in order to not be perceived as a woman?

One might imagine that, among the thousands upon thousands of social markers available in the language of clothing, there'd be some sort of universal marker that declares the bearer to be gender-neutral. That there's a way to dress that, in no uncertain terms, removes all aspects of sex and gender from the social equation. That states that this is a gender/sex free zone, and no two ways about it.

One might imagine such a thing. If this was about clothes.

This is not about clothes.

This is about the brutally problematic way we relate to women, and about the constant sexualization of everything that is a woman body. It doesn't matter how, when, where or why it is - it is still woman and it is still body, and as such it is a potential sex object. And it will be regarded as such.

Which, undoubtedly, makes things difficult for those who say that women only have themselves to blame if and when they dress in certain ways. That they provoked the sexual violence they are subjected to by dressing in these certain ways. Because it's not about clothes, at all - that's just the simple excuse one uses in order to avoid confronting the more difficult questions.

It makes it even more difficult for those women who are made to blame themselves. By virtue of their audacity - being women!

There is no "right" way to dress. There is, at present, no way for a women to do or be "right". Since all questions regarding autonomy and the right to not be a sexual object are constantly being sidetracked to and by questions that are impossible to answer. As if they had anything to do with clothes.

Though, to be sure, there is an ever present question, posed to all women with bodies: why are you not dressed sexier? - 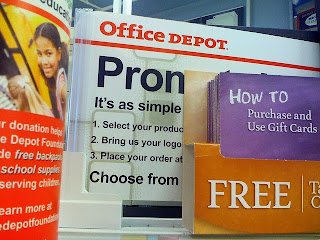 All too often, discussions about startups, market creation and market innovation tends to ignore such embarrassing details. It ain't kosher, and moreover it's a drag when one wants to project an image of serious business. One would much rather retouch this aspect of one's ethos.

Eventually. When the news that the media is not the message has done its eternal recurrence. Again.