The endless supply of chains

Lately, I've been thinking a lot about supply chains.

One might imagine this being a rather boring and dry subject, of the spreadsheet and flowchart frame of reference. One might. It would be to think of it at a far too narrow level, however.

Nothing that is, is without a reason. This reason takes the form of a supply chain, usually of an endlessly long sort. More often than not, one can follow this chain far enough back to see what's shaping and forming it, and even formulate some outlines to ways to change these things as they happen in the future.

Nothing that is, continues to be without a steady supply chain.

This is a powerful statement, as it gives power to those who understand it. Nothing "is" in general - everything is because a steady (or not so steady) supply chain keeps the possibility of that thing open. Should something happen to the supply chain -

You see where I'm going.

You probably also see why it's a thought that merits a lot of thought. One can do a lot with it, on any level - it's just a matter of thinking the thought through. No matter if it happens to be about the global flow of oil, the bitcoin currency, the latest fashion trend in the local community, or the sudden tendency of certain bloggers to not be as fecund as they once were.

Anything goes. But it only goes so far as the chain allows it.

Remix that chain, would ya?
Posted by Sargoth at 08:15 No comments:

Your mileage may vary, unless you stick to the road

People find ways to use the systems that surround them in creative ways. It doesn't matter how roundabout, unintentional or just plain weird the results of these usages are - people will do them anyway. Especially if it gets them something they want.

This, incidentally, answers the question why you really won't find any torrents of Heart of the Swarm around. By feat of unintended and very specific usecases.

It turns out that if you have the Blizzard equivalent of the demo version of Wings of Liberty, downgrade it to a very specific version of the game, block the game from the internet, run it in offline mode and load a savegame from the HotS campaign - it works. All of it. It shouldn't work, and no one at Blizzard intended it to work, but it works. (Don't ask me about the specifics.)

And people use it. Because it works.

Now, you may be reading the description above and thinking - "damn, that's a roundabout way of doing something". Which it is. It also happens to work, and it gives people something they want. The combination of system, work and want is key - especially if there's a lot of people involved. These people soon start to talk to each other, sharing the news that - hey, did you know that if you go through all these hoops in this specific order, it will work?

If you want something, you might give the roundabout way a shot.  You never know - it just might work, right?

Which leads us straight back to our opening statement: People find ways to use the systems that surround them in creative ways.

This is, as you might imagine, not limited to people wanting to play computer games for free. It is a general principle regarding people and systems everywhere. Once these loopholes are found, people will talk to each other about them, and before you know it, they become a de facto standard way of doing things.

I wonder what the first person who founded an off-shore company on the Caymans thought. -
Posted by Sargoth at 04:07 No comments:

Knowledge, education and competence is all the rage these days. Never before has it been so buzzwordy and buzzworthy to know things, and to know them in very specific ways. 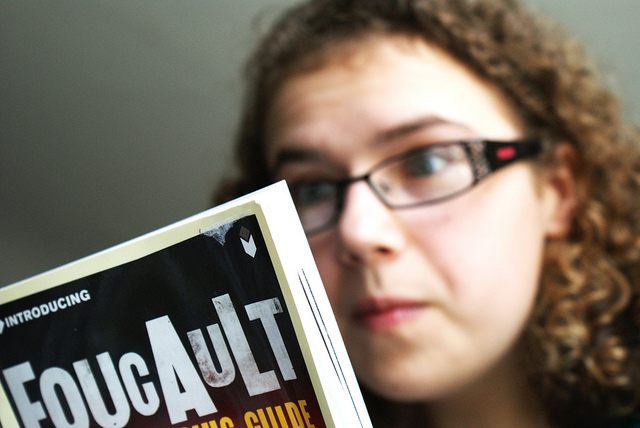 It is very easy to find companies talking about knowledge bases, strategic core competencies and cutting edge research. It is easier still to get an impression that knowing things is somehow important when going about doing stuff in the world and living a life in said world.

As you might have surmised from the headline, I beg to differ.

One example of strategic incompetence comes from the tranquil place that is domestic politics. That is, the division of labor within a particular household, with a particular focus on the cleaning of said domicile. As many of you probably already know, if you manage to be convincing in doing your cleaning  poorly, you will eventually be permanently unselected from doing the dirty undirtying work. By (un)popular demand.

Therefore, not knowing things may very well turn out to be a net benefit. And thus, we are in the realm of strategic unknowing - strategic  incompetence.

Another example of this comes from domestic politics in a more traditional use of the term. It turns out that having doubts about the current path and wanting to take a closer look at all the facts before making a definite statement one way or the other - is perceived as a weakness from the viewpoint of the electorate. Which translates into not being elected, a net loss.

Those who, on the other hand, have not bothered to even think the thought that there might even potentially be something to think about - can say the most outrageous things with the confidence of a PR-perfected sage. Much to the delight of those who just want to know that someone that is not them has thought about the issue and knows what to do about it.

A third example is politics in general. Turns out that the less you know about it, especially the greasy and grimy realpolitik behind the official statements, the more faith you manage to muster in the system.

I don't know enough to determine if this is a net loss or a net win. Or even for who this is a loss and/or victory.
Posted by Sargoth at 08:56 3 comments:

Politics is the art of making something socially relevant.

If you go forth in life with this one statement in life, you will find that change through politics is more possible than you'd think. It reduces the scope of the project from "massive structural reforms on a global scale" to "making it socially relevant".

The one is hard to do. The other requires a tad bit less in terms of resources.

It is within your reach.

Regarding the so called "soft" sciences

Sometimes, sciences such as sociology, psychology and the humanities are dismissed as somehow being "soft". Especially by those who think of themselves as coming from the "hard" sciences, with physics as the crown achievement of everything.

Allow me to bitch-slap this stupid notion out of your silly little head.

There is nothing soft about the so called soft sciences. When things go wrong in them, people die. And they die in so brutally fucked up ways that not even the most hyped of death rays can even come close in comparison.

When policy reform fails due to an inability to understand the reality of the social situation, tragic ensues. In minor cases, people get away with a higher than intended tax rate. In severe cases, bloody revolutions occur.

When systems of distribution are smashed to pieces because of misguided ideological notions, people die. Literally. With starvation not being the prime example.

If you get the soft sciences wrong, you end up with a lot of dead people. And a situation that will keep generating dead people until either everyone is dead, or someone understands the political, social and psychological situation well enough to kick it where it matters.

So if you are one of those who drone on endlessly about the softness of the soft sciences - please do return to your (real or imaginary) lab and keep pretending that your hard-on is relevant to anyone other than yourself.

I can't imagine it being as hard as you make it out to be.
Posted by Sargoth at 10:36 3 comments: