There are one and a half billion Muslims in the world. Plus/minus. That's roughly a fifth of all humans. One in five things that humans do is done by a Muslim. Every fifth thing humanity does, a Muslim does.

This means that there's a large sample of humans, activities and human activities to choose from whenever one wants to say something about Islam. In fact, the sample is large enough that you can say just about anything, and there will (by virtue of statistical necessity) be Muslims who have done this very thing. Which has very little to do with Islam, and everything to do with statistical methodology and sample sizes.

A propaganda machine could not wish for better conditions even in its wildest dreams.

Translated from the Propaganda Machine
Mars 17, 2015
Posted by Sargoth at 10:13 No comments:

The ancient Greeks spared no efforts when it came to answering the question about the good life. What is it, how do we attain it, when is it time to eat? Important questions that resonate even today. 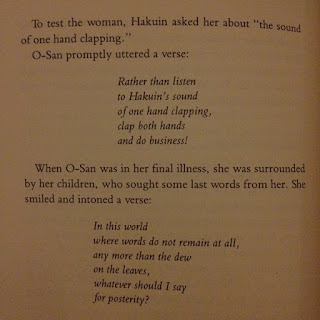 Since they were ancient Greeks, the answer most of the time turned out to be synonymous with what ancient Greeks did anyway. That is to say, philosophizing, cultivating their virtues and in general being free spirits.

The ancient Greeks answered this by putting their women and slaves to work, so that the free spirits could have more time to cultivate their virtues. Which simply won't do for us modern people, leaving us with this ancient unanswered question:

What to do with stupid people?

Or, to use a slightly more modern terminology: what is the proper way do deal with aggressive trolls, who beyond any reasonable doubt have communicated that they never will see reason, never enter into a dialogue, and in general intentionally act as if they are bereft of anything that is not stupid?

We could try to be understanding and meet them halfway. Be friendly cospirits in a common search for the good life. Which is a good solid ambition to have in any kind of human interaction. But, alas, it requires that the other meets us halfway, and any collaborative effort needs some measure of cooperation to succeed. Which is not forthcoming in this case, and thus leaves us with the question: how to preserve dignity in the face of unreason?

We could attack them head on. That is after all their main method of communication, and there's an old saying about being in Rome. If nothing else, they should be able to understand themselves, right? Which, indeed, they should. However, this too fails due to the fact that they intentionally act as if they were bereft of reason. That which is bad when one person does it seldom becomes good when two persons do it, and you have nothing to gain by acting stupid when you clearly are not.

We could ask them to see reason. Remind them that the Enlightenment has been a thing for a couple of centuries, and that there are plenty of self-help texts on the subject. However, once again, seeing reason is the one thing they explicitly will not do, so this won't work by definition.

We could see them the same way as we see the weather, that is to say something that happens regardless of anyone wanting it to happen or not, and talk about them should it fit the social situation. Which, admittedly, strips them of their status as human subjects, and is slightly morally problematic if you ask Kant. But seeing as they intentionally act as if this is already the case, there really is no reason not to do it. Moreover, there is no reason to see their speech acts are anything more meaningful than changes in the weather - things that can be talked about when all other subjects fall short.

There is not much we can do with regards to people actively renouncing the good life and its virtues. Sadly enough. But we can at least avoid doing it ourselves. Retain some dignity in the face of unreason.

Against stupidity the gods themselves contend in vain.