As you might have noticed, I'm sometimes translating old encrypted posts from the past. By 'encrypted' I mean Swedish, and by 'old' I mean anything from posted years ago to something posted last week.

You can find all the translated posts here.

As you will soon notice, should you click this finely crafted hyperlink, there's really no rhyme or reason to which posts gets translated. The selection process, to the best of my knowledge, is something approaching pure randomness. (Should you see a pattern, PLEASE TELL ME.)

Most of the time, it goes something like this: I remember something exists, look it up and set out to translate it. A short, sharp shock of reshaping languaging, as it were.

One translation in particular turned out to be more interesting while under translation than afterwards. This one.

Go ahead. Read it. This is text - it will patiently wait for you to complete your intertextual adventures.

A first point of interest is that it's a response to a particular discourse at a particular time. This being that unemployed Swedes are being subjected to ever greater demands from unemployment agencies to search ever more jobs, seemingly without any regard to as to they can actually get these or not. They are encouraged to show initiative, which the post harps on: don't settle for less than the very top!

The situation has gotten so out of hand that employers routinely get job applications in the hundreds, which has led some to not post new job offerings with the employment agency. Instead of DDoSing these people, why not go for someone who might actually get the message?

(The introduction, beginning with "it's summer", is also a result of the time of writing: the original was posted on June 24, the translation on December 6. It jars somewhat, but there you have it.)

A second point is that the language in and of itself acts as a marker for this particularity. I think you won't be surprised to learn that Swedish doesn't have the largest language area in the world. It is in fact so small that things can be referred to in general terms, without context or understanding being lost. Saying 'the government' or 'the head of government' connotes the government and prime minister of Sweden, by virtue of these being the default connotations. Unless stated otherwise, there's only one government it could refer to. Without context, context is given.

(You could argue that those speaking Swedish in Finland might object to this. The same goes for them, however, mutatis mutandis: 'the government' is the government of Finland, and there's seldom any confusion on this point. Even less so with regards to their president, who is very much not the prime minister.)

It goes without saying that this does not work in English, especially considering that I (the author function) am not in a loci where context is given. 'Government' could connote any number of governments, and without context it is unclear as to which or where. Is it the US, the UK, somewhere in the Commonwealth, somewhere else? It's un(der)defined, up to the reader to define for themselves. It has to be for the text to work - an imperative to apply for the position as head of the Swedish government is nonsensical.

Moreover, the titular "head of government" is a translation into abstraction. In Swedish, you can get away with saying "sök jobbet som statsminister". That's four words instead of eight, the context being that there is only one primal ministerial position. Other countries and other contexts don't have this certainty, though, and moreover, they might not even have prime ministers - they might have kings, presidents, chairmen, viceroys or whatever. A translation that wants to make sense must take this into account, and universalize this particularity. Find a category above any particular category.

A third point is that many of the intertextual jibs and gabs that are apparent in the original aren't in the translation. This again goes with the language: if you live in the area, you've absorbed the local debate through a process of osmosis, willy-nilly. If you don't, you haven't, and the text stands alone. Rich web of cultural narratives and literary references nonwithstanding.

A fourth point is that I imagine this text working far better in the UK than in the US. This might be my personal bias, having heard the horror stories of the DWP and their jobcentres. This goes back on things being "the" thing, with the UK being small enough to have a department for work and pensions. The US, being bigger, has not just one, but fifty plus. The parallels between Swedish and British horror stories ought to resonate. The US situation - I wouldn't even hazard a guess.

There's something about having a singular slightly dysfunctional government entity nondoing its designated thing. It's reassuringly European.

These are the things I think about when translating things. Things that do not make it into the translations, or into any text. So I thought - hey, why not translate some of these excess thoughts into something useful?

Paratext for the paratext god.
Posted by Sargoth at 03:38 No comments:

How stupid are these people? You can't believe who I tricked next!

There is a certain group among us that's far more easily fooled than other groups. You can trick them into just about anything, and they won't even notice. Even as they charge ahead over the nearest cliffside, they will continue to think they're approaching truth and reason. 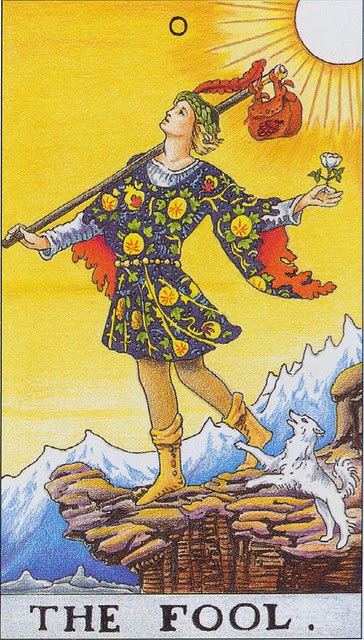 I am, of course, speaking of antifeminists.

You might think I'm exaggerating, but this is actually far less complicated than you think, and far easier than it should be. Just say that a feminist has done or said something stupid, and they will believe it. It doesn't matter what you say (or even how you say it) - they will be all abuzz. And whatever you say after that, they will be abuzz to such a degree that they will accept it out of sheer momentum.

It is super effective.

It becomes even more effective is these people think themselves rational critical thinkers. All that energy that could go into critical analysis of what you say is channeled into being critical of that feminist you've mentioned. With happy enthusiasm they'll go ahead being critical, and once they've spent all their energy they are more than happy to accept whatever you have to say.

But this is amazing! you might be thinking. Followed shortly thereafter by the thought that the utility of this is slightly limited by your lack of knowledge of feminism and feminist thinkers. Which is a rational thought. Thing is, though, that the antifeminists don't know much about these things either, and that you have a large degree of freedom to just make up stupid feminists as you go along. It doesn't matter if these feminists actually said anything stupid or not (or even if they even exist) - the response is the same. And once their critical thinking is exhausted -

Ah, you see where this is going. Good.

I can see that you're eager to test this rhetorical superpower, so I won't keep you. I just want to end this by carefully selected quote from a famous feminist:

With great power comes great responsibility, and that is why men lose their faculties of reason real fast whenever they are confronted with a woman.