Imagine you're on a train. You are not going that far, and you're almost there. Just a couple of more stations, barely noticeable in the geography of both time and space. In fact, it is so barely noticeable that this very day you decided that it was too much effort to buy a ticket.

Or, as you thought at the station, having had to run to the train to actually get on it in time: it's either buying a ticket or actually being on it. No middle ground possible. And it is after all not that very far.

But we are not there yet. We are not even there soon. There's still enough travel time left to ponder things - more specifically, to ponder that you are on a train, without that ticket. And once those thought have set themselves in motion, they are hard to stop - they build themselves a feedback loop, straight into the fear center of your brain, and soon becomes all one can think about.

Is that the sound of a ticket inspector getting closer? Is it just imagination? Are we really not there yet? Can we please be there yet? I can't take this uncertainty anymore!

Many I know are actively unable to fare dodge because of this feeling of uncertainty. They break down, either while in motion or while contemplating the very action. Which is good for them, I suppose - a sign of virtue, if anything. But, the important point here is the mechanism at work here. The mechanism that makes the person without a ticket feel all that fear, anxiety and uncertainty.

You see, it doesn't really matter if a ticket inspector comes along or not. There doesn't even have to be one on the train in question. The mere possibility of there being one is enough to set the feedback loop of fear in motion. The sin is its own punishment. Or, rather, sin punishes the one who is attuned enough to feel himself a sinner.

This is normalization, in a very down to earth way. And it doesn't happen only on trains - it happens everywhere, in every aspect of our daily lives. 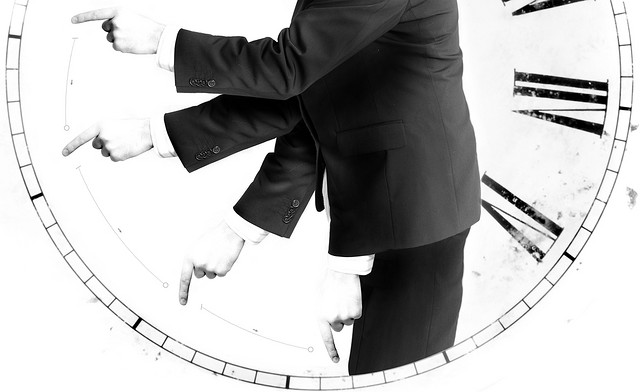 The watcher may not come around this time, but in the case they should be one need to be ready. Terrible things happens otherwise - one gets exposed as the fraudulent actor one really is. So the show must on.

After a while, it becomes that much less of an effort to do what is expected. The discipline becomes part of one's personality, of one's being in the world. After a while, the need for ticket inspectors fade away: discipline happens anyway, automagically, without either threats, rewards or punishments.

As with people who cannot fare dodge. Or, less dramatically, who cannot jaywalk on a deserted street in the middle of the night. It is internalized so hard that it's impossible to separate discipline from personality - at least without a torturelike amount of anxiety. Some things just becomes unthinkable, pure and simple.

The biggest argument against ever more invasive surveillance laws has never really been that personal data happens into the wrong hands. It is to be sure still a valid argument, but it is not the main argument against being constantly surveilled. No, the biggest argument is that the very act of being surveilled changes you, disciplines you, makes you do things you would not do in a more relaxed setting.

There's always someone watching. Which probably isn't what Shakespeare meant when he said that all the world is a stage.

It does not really matter if anyone actually watches the data gathered about them. The mere possibility of anyone potentially watching is enough to make people act in different ways. Start to discipline themselves and their ways of life - to assume the life of an actor. The audience never sleeps, regardless of whether it actually exists or not.

For the subject, on the other hand, it's very much like being on a train set in perpetual motion. With the big difference that the clear cut difference between having a societal ticket and not having one is muddled by thousand different factors, where one never knows which factor one might be found lacking in. And before one knows it, that feedback loop of anxiety kicks in. Do I really have a ticket? Is it the right ticket? Am i on the right train? What happens when the ticket inspector (or any other watchman) comes? What does this stamp on my ticket mean? Am I there yet?

Some people can probably live with this feedback loop, or learn to bypass it. Some even get a rush out of dodging the system - ticket or no ticket. Most people get caught in that feedback loop, though, and the gods know that it is not a feeling that should be systematically set in motion. Yet it happens, thanks to the ever more pervasive surveillance laws - Panopticon made flesh.

One cannot say (as so many seem wont to do) that those who have nothing to hide don't have anything to fear. Since they actually have something to fear: that the ever vigilant watchers will discover that they are not the perfectly disciplined subjects that the State demands them to be, but imperfect human beings like everyone else. That their ticket is invalid, in some way. And since the ever vigilant watchmen of society might take a while to actually tell you that you are doing it wrong, they might in theory drop in at any time to tell you that you are indeed being it wrong. At any time, without warning, it might turn out that the criminal of the day is - you.

Living in this kind of fear is not healthy in the long run. Feeling watched is not a healthy state of being. Being watched does not help at all.