The freedom that came and went

Let's say there are two countries, country A and country B.

Country A is a paragon of workers rights, with minimum wages, strong unions, maternity leave and the whole package. Any law, program or policy that one would care to mention in relation to worker's rights - they got 'em. And have even gotten around to work out the less obvious drawbacks that the implementation of anything and everything on a large scale brings with it. 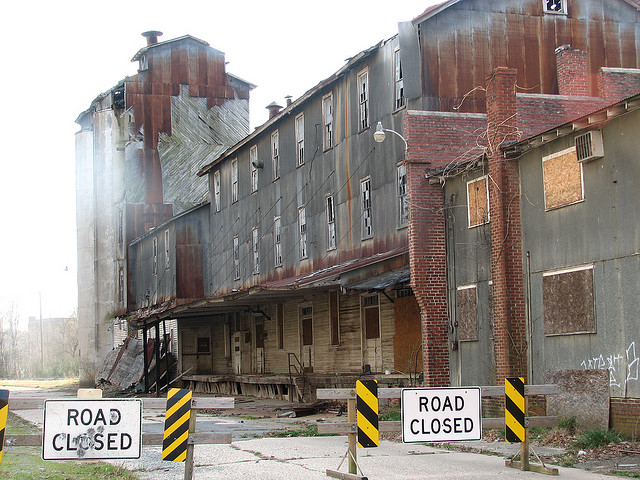 Country B could give less of a shit about their workers, and are not in the least ashamed of the slave like conditions of their sweatshops.

Let's say country C is on the lookout for cheap imports. To which of these two countries does it turn to?

Most likely B. Workers are expensive, and giving them rights and welfare only serves to make them that much more expensive. And expensive is the opposite of cheap.

The point here is not that the free market does not like workers rights. Rather, the point is that the free market produces bad and irrational results when the actors are at radically different levels of development (socially, economically, technologically). If and when A and B are at similar levels, the results of freeing up trade is that things get done cheaper without any of the two having to part with too much of their hard won progress. If and when they are at radically different levels, however, the willingness of B to do what is unthinkable in A changes everything.

Not only in terms of the unthinkable becoming that much more thinkable, but also in terms of social cohesion and other tangible intangibles. The unavoidable unemployment that follows from B being brutally more brutal than A, has a wide range of consequences for the social fabric of A. Factories that have been around for generations are no longer around, which means that both the social and economic institutions that have been built around these disintegrate.

The extreme example of this is when a whole town suddenly ceases to have a reason for being. Everything was built around a factory, and when that's gone, everything else follows suit.

The waves of so called liberalization that has swept over the west in the recent decades - think Thatcherism - is not so much a result of ideological conviction as it is of the economic realities of a too free market, with a too large degree of free trade. Every A country has to compete with every de facto B country in existence, which means that the rights and welfares of everyone is under constant pressure.

Worse, every B country has to compete with every other B country in existence. Which means that when these countries actually manage to get some decent social infrastructure going, they are suddenly a new overexpensive A country. And the pattern repeats.

Can you see where I'm going with this?

If you are a proponent of freer markets and freer trade, then please do continue to be that. But, please, update your reference points. When Adam Smith and Ricardo were around, they wrote against the backdrop of their time. I won't insult you by pointing out that the king of France isn't the powerful figure that he once was, but I will however kindly suggest that you transpose your analysis from an eighteenth century context to a twenty-first century one.

After all. When competing with everyone else, it simply will not do to let your analysis be too free. It's a luxury that you will have to shed in order to be competitive, as it were. -
Posted by Sargoth at 06:33

Email ThisBlogThis!Share to TwitterShare to FacebookShare to Pinterest
Labels: old vs new, power