Don't fear the cyberwar: If you do, you've already lost 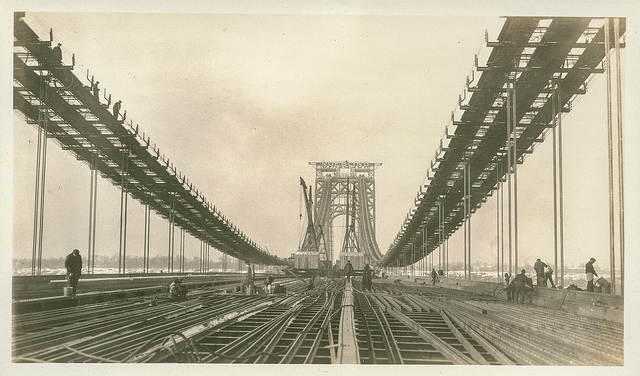 Mostly, because it's the same old warfare it's always been. The addition of "cyber" doesn't change that.

Nothing strange so far. What would be strange, however, is if politicians, policymakers and interested loudmouths suddenly began to bombast about how important it is that we channel ever more money into Bridge Security. And, moreover, that both terrorists and criminals alike use this particular bridge for nefarious purposes, which means that ever tougher measures are to be employed in all things regarding Bridge Security.

Make no mistake about this. Keeping that bridge secure would be part of any sane military strategy ever. It would be what any military worth anything would do anyway. Stating and overstating its importance doesn't change this in any way, shape or form.

Yet it is this very thing that happens to any and all things cyber. Cyberwar looms on the horizon, and if the fear mongers are to be believed we are all doomed if extraordinary steps are not taken immediately. Not to mention all the cybercriminals out there!

The notion that it would fall to the military and civil planners anyway to ensure the safety and continued operation of existing infrastructure, and that there's thus no need for any extra anything, does not seem to generate as much spectacular interest as one might think. For some reason.

The notion that the already existing criminal laws are also applicable to so called cybercriminals, also face the same lack of spectacularity. If someone pulls a fast one on you on the internet, then it is the same act of fraud as it ever was in the offline mode - and the same laws are applicable there as well. Crime is crime, regardless of whether the criminals happen to live now or in an earlier generation.

So when the politicians, policy makers and loudmouths start to yell about the importance of cybersecurity - tell them to go stuff it. They're not saying anything of any substance whatsoever, and are just trying to scare people with falsehoods and lies.

That's not to say that the changes these people are doing aren't real. To the contrary - they are very real expansions of the authority of the state, at your expense. Thanks to the threat of cybercriminals, more states than any sane person would assume now takes for granted that your private electronic correspondence is state property. And that any and all attempts by you and your friends to withhold this property from the state is a criminal offense, or even an act of terrorism.

And you know what happens to criminals and terrorists, don't you?
Posted by Sargoth at 03:08