If you only take away one sentence from this, let it be that. It is the essence, the core, the Archimedean point - the point in general. The main theme and the main thrust. Not only of this text, not only of modernity, but also of that set of routines and recurrences that is your life. 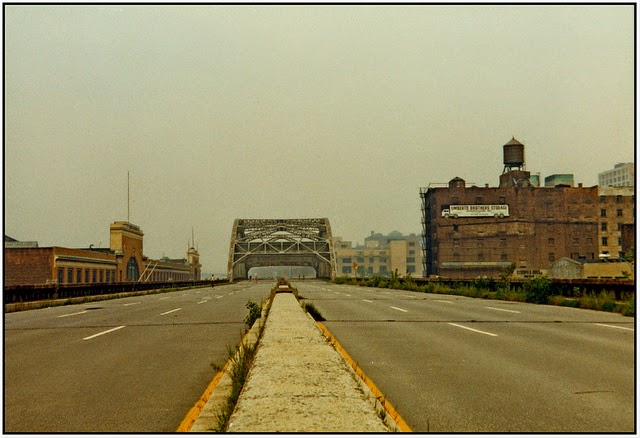 This sentence is, of course, not helpful in and of itself. Like all core statements, it needs to be surrounded by other statements that give it context and resonance. So that, when it is repeated, those in the know will nod and say "yes, that is indeed it, in more ways than I can recount".

Modernity is, to be sure, not just one thing. It is all the things, done over and over and over again, to the point that it has become - you guessed it - routine. But not just any old haphazard routine. No. It's designed routine, planned routine, large scale applied systemswide routine. Routine applied on stupendous scales, able to (re)produce desired results in the general case, and undesired side effects in many a specific case.

One of these systems is the worldwide road network, and the infrastructure that goes along with it. Especially the large scale megasuperhighways that scar the lands. If you look at them from the side, from beside them, they look ordinary enough, all grey and metal in motion and, most of all, boringly usual.

Thing is, though, that they form a system. There's not just one road. There's lots and lots of them, and they are everywhere, and you can get from anywhere to just about everywhere else by following the road. Wherever you go, there you are, and you get there in a car.

This is trivial and boring. I am not telling you anything you don't already know. 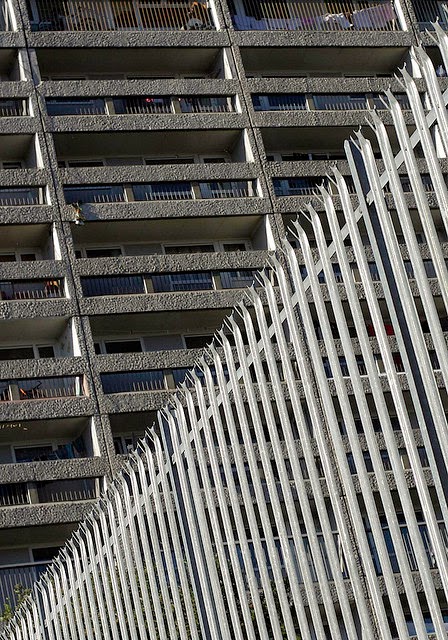 I just want to underscore that modernity is boring. Routine.

If we want to understand modernity, this is the key image. It's the same thing happening over and over again, and it is happening over and over again in accordance with some plan that was once put in motion. In this case, someone built the road system and the cars that use it. It didn't just happen automagically - there's no such thing as a free lunch, and the prices at the drivethru are somewhat outrageous to those who are not used to them.

There's also nothing more modern than working at a fast food drive in. It is routine to the core, and it is routine in a way that communication isn't really necessary for it to function. There is a system in place, and those who want to use the system can usually follow the script provided by it to get the desired results. Those who want to drive just have to follow the general rules of traffic; those who want to order a Big Mac only have to utter the formulaic words that signals this. This is sufficient for things to progress: you get to where you're going, and you get the formulaic food that is proffered. And not just you - that queue in front and behind you can get the same results from the same actions, 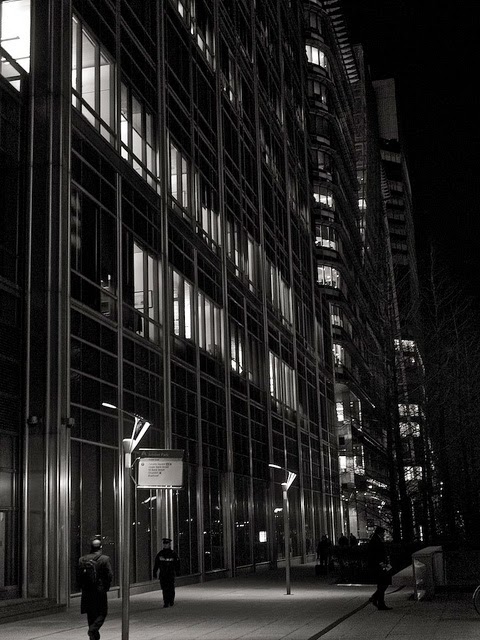 Everything is routine. The need for communication and innovation is kept to a minimum, and things can proceed in a fast and efficient manner. Which is the whole point of fast food. Fast, efficient and utterly forgettable.

This type of interaction - formulaic, standardized, rulebound - is the stuff of modernity. It is what makes up most of our interactions with most of the systems in our life. Especially bureaucracies, which impose any number of peculiar formulas, standards and rules which each have to be followed in an impersonal manner. It is very much not personal. That is the whole point, it is what makes roads, fast food joints and bureaucracies alike so efficient: nothing is personal, everything flows better if everyone acts as the script dictates. You get going, eating, papering all that much faster if you just play along.

Follow the formulas, even if they don't make sense. Become the mass produced standard unit of our time.

At this point, I figure at least someone will want to object to the use of the word 'efficient', with regards to either traffic jams, overcrowded slow serving fast food places or slowpaced bureaucracies. Which, to be sure, is a good and valid objection. In fact, it is part of my point: modernity is routine, modernity is boring, and modernity is dysfunctional.

Apply this to literally everything, and you know the ins and outs of modernity.

Bureaucracy is the most pervasive and hardest to capture aspect of this. On the one hand, most of us are in any number of ways defined by it (not least through our experiences with and documentation from the school system); on the other hand, it is often perceived as something natural, something that happens to everyone as a part of life. On the one hand, it defines us as persons; on the other hand, there's nothing less personal than paying taxes.

The main point of Kafka's writing is this tension. On the one hand, there is this incomprehensible bureaucratic machine that defines us and demands answers from us. On the other hand, there is this undefined traumatic core that is what we refer to as "ourselves", the thing in us that is not answerable or indeed even translatable into bureaucratic machine language. Yet the machine demands answers, and we must provide them, or else. 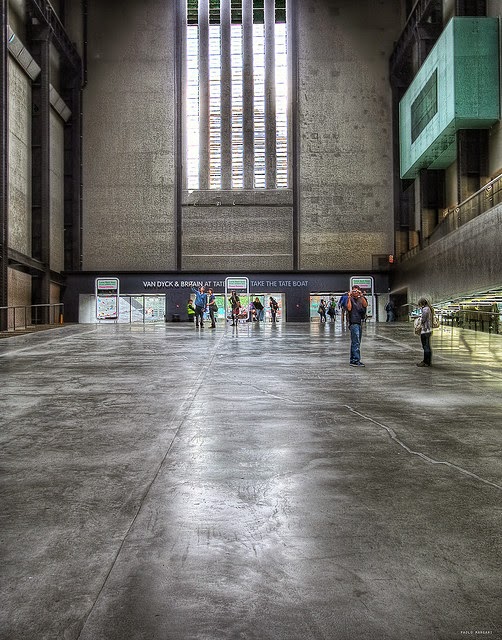 What this 'else' is, is seldom elucidated (in Kafka or elsewhere), and likewise the demand is oftentimes inscrutable as well. We have to live up to some standard, follow some formula, or else we will be found wanting.

The English language has a strange juxtaposition of meanings: the words "exam" and "test results" can refer to both schools and hospitals. There are exams for students, and for patients, and neither of the two can be said to eagerly await the test results

Do they measure up, or are they found wanting, deemed insufficient?

It's nothing personal. It's just what the rules and numbers say. And yet, at the same time, it is very personal. It's routine procedure, and no matter how good or bad the results, you have to move out to make room for the next group to go through the same procedure.

It is time to move on from roads and bureaucracies to other things. To many other things. Mass produced things, to be precise. Here, too, the same applies: it is the same thing over and over and over again, producing the same things in untold numbers of thousands or millions. It is very standardized and very formalized: the factory makes no allowances for innovation, and deviation is defection. If any one thing is not like the platonic ideal, it is defective and slated for destruction. The platonic ideal being the standardized blueprint laid out in advance, as planned by the specialists who plan such things.

You see the similarities here, I'm sure. Do they measure up, or are they found wanting? These standardized demands work just as well on inanimate objects as they do on people. The factory is but another name for the school, and vice versa: they are both routine sites of production.

No child left behind, as the bureaucratic demand states.

These demands, be they made of people or matter, do not spring from nothing. In fact, they spring from the most specific of circumstances, and can thus be both more specific and absurd than we imagine. The biggest example being the demands bureaucracies make of us. If you know the discourses and dynamics of these bureaucracies, the demands may seem more or less reasonable. If you know that they use a certain metric in their planning, measures to alter this metric makes sense. If you, as is most often the case, do not know these discourses and dynamics, these demands seem arbitrary.

To take a brutally down to earth example: dentists. If they find something wrong with your teeth, they can and will demand that you open your mouth and let them drill in you. As in, literally drill inside of you. If you ask them why, they will either tell you in general terms (you've got a hole, my friend!) or try to explain it in jargon so advanced and specific that you don't have any chance of following. In either case, you have to take them at their word that there really is something wrong, and that this wrong really needs drilling. You do not have access to the specialized knowledge that would enable you to make that call. You can either submit and get drilled, or refuse and wonder if you're broken.

Should you choose to submit, you will once again find that the procedure is utterly routine. It may not be routine for you, but it is for them. They are professionals, and treat the same problems over and over and over again. They know the routine, and all you need to do is to sit down and shut open. That is all input that is needed from your part. The rest is up to them and their specialized knowledge, and even more so to their incomprehensibly large arrays of specialized tools. 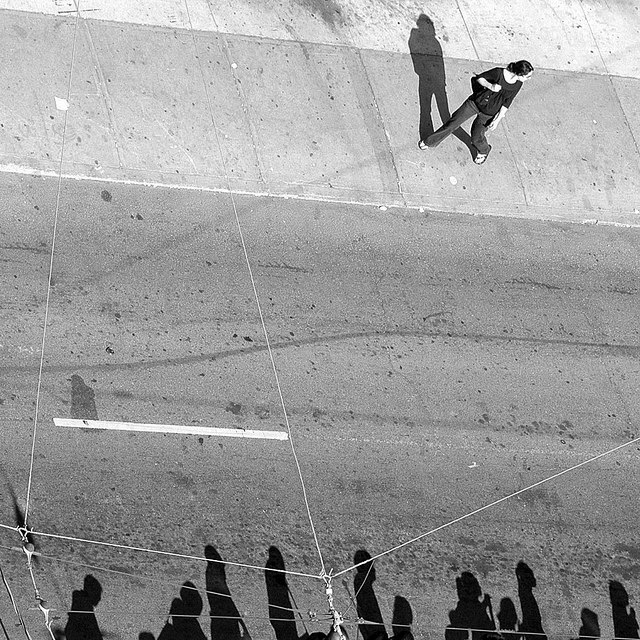 You have to trust the routine. Trust the system. Trust that these people, who see you as yet another replaceable standardized unit soon to be replaced by another just like you, know what they are doing, and that they will do it well. It's not personal.

This goes for many other things, as I have tried to illustrate. Modernity is many things, and it's the same thing over and over and over again. It's not personal, it's just following procedure. Yet it is personal, as it is your name on those papers, and your mouth subjected to that drill. It is you driving that car and you ordering that burger, yet this fact is utterly irrelevant to the outcome, as it is meant to be the same for everyone. Standardization is the name of the game, and boring routine is just that: more of the same.

More of the same is also the main product of modernity. As each specialized field of knowledge - such as dentistry - become more and more inaccessible to outsiders, it becomes that much harder to improve things across fields. It is that much easier to change things inside them. It is, to use an example I've used elsewhere, easier to design new variants of ketchup than it is to solve complex multifaceted societal problems. There is also more money in ketchup design than there is in world improvement. Which is why there is umpteen variants of ketchup available in stores, and a seemingly empty void where there should be suggestions as to how to improve our society.

It is, to return to the image of traffic, as if everyone is focused on driving the best they can from point a to point b. Everyone is focused in individual performance, resulting in that everyone gets stuck in the same traffic jams, honking incomprehensibly to each other as gridlock grinds movement to a halt.

Day after day. The same boring routine. Over and over again. And then more of the same.

Modernity is many things.

Email ThisBlogThis!Share to TwitterShare to FacebookShare to Pinterest
Labels: modernity