Who are these modern pirates, and why should we listen to them? 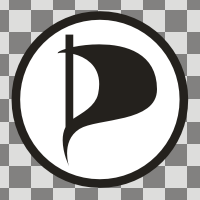 I love the fact that there is such a thing as a Pirate Party. Just the name of it! Pirates! Yarr!

We all know the story of pirates as a cultural phenomena. It has been thoroughly romanticized into something kids can be fascinated by, and the often brutal reality of what those real sea dogs back in the days did is seldom mentioned anywhere. And the reason the Pirates of the Caribbean series was actively trying to market itself to kids is that, well, pirates are kid's stuff. Something one grows out of at a somewhat unspecified yet very present age limit.

Yet at the end of the day, there are very few IT departments around here that does not have at least one Pirate Party member on staff. And in the few years since the first Pirate Party was founded here in Sweden, sister parties have appeared in some fifty odd other countries around the world. As a political reality, the pirates are here to stay.

With "here" being a great many places.

It is of course necessary to note that we're not seeing an international movement based on the idea that Captain Morgan had the right idea when it comes to maritime policy. Rather, the term "pirate" in this context refers to the more recent phenomena of internet piracy. Which, in somewhat less romanticized terms, is also referred to as "copyright infringement". Someone, somewhere, thought to use pirates as a metaphor for this (actually not very) new phenomena, and it stuck.

There is an interesting story to tell about the appropriation of this name. This is not the place for that story.

Now, I know what many of you are thinking. Creating a political party in order to keep the flows of online piracy flowing is the biggest strategic Rube Goldberg machine there ever was. If the thing you want to accomplish is the free flow of information, creating a political party and getting bogged down with various complicated and time-consuming local political issues is a big waste of time. You'd be much better off just investing your time in developing encryptions, secure connections and new file-sharing protocols. In strictly technical terms, politics is not necessary to keep piracy going, and it is in principle always possible to throw more tech at it at every turn. 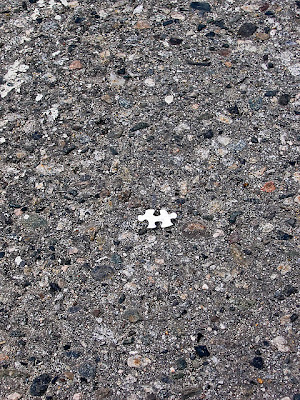 If you are beginning to suspect that there is something more to this than just file sharing, you are on the right track.

Piracy is a very good place to start, though. It's no big secret that there are laws against it, and that they have a tendency to become more and more severe as time goes by.  To simplify things, we could say that we on the one hand have corporate rightholders who lobby the system to the limits in order to impose ever stricter copyright laws. On the other hand, we have a generation of people who use the internet every day, and who by virtue of these stricter copyright laws become criminals per default. Not because they actively want to be criminals, but because their normal use of the internet includes such things that the stricter copyright laws prohibit.

You can see how this becomes a political issue really quick. It is a bad thing for just about everyone if young people's everyday habits are criminalized, and it is moreover not a good thing to teach kids that they are criminals. Once you are a criminal, after all, doing other criminal things is not that big of a leap. Going from innocent to criminal is a Big Deal; going from criminal to slightly more criminal isn't.

So while the technical aspects of piracy are by and large politically irrelevant, the implications of turning what is essentially a whole generation into de facto and de jure criminals - isn't. Especially not when combined with ever stricter laws regarding what can and cannot be done to criminals.

One other aspect of this is that efforts to preserve irreplaceable cultural artifacts are hampered by the same criminalization. Archivists can choose to either illegally copy copyrighted material, or watch as the things they are meant to preserve withers away due to physical deterioration. In the choice between preserving and not preserving our cultural heritage, the fear of finding yourself on the wrong side of an expensive copyright lawsuit makes many choose the latter option. Over time, that's a lot of lost material that we won't ever be able to replace.

You can see why there is a need for a political movement. In order to change legislation, one needs to be a part of the legislative process. Not only in order to affect existing or proposed laws, but also in order to shape the discourse in which public policy is made. Laws don't just happen out of thin air - there's a long and often complicated procedure taking place before they see the light of day. Being part of this process is vital to getting things done  - especially when complicated issues are on the table.

Make no mistake - copyright reform is just about as complicated as things get.

There is of course more to the Pirate movement than just the issue of copyright. That just happens to be the one that (for natural reasons) gets the most attention. Less talked about (but therefore also the more important) issues are political transparency, personal integrity (i.e. rights such as habeas corpus and privacy), free/open software (especially in the public sector, where the "free" can save billions in license fees each year), and the digital divide (and ways to make it less of a big deal in everyday life).

In short, a range of public policy changes that would encourage the individual to make use of analog or digital media technologies in order to inform themselves about what's going on, and discourage the state from using these same technologies to spy on individuals. The internet is not a stranger in our times, and it is time to patch politics with a new set of values, that stems from the reality we live in rather than the one our parents lived in. Politics based on you being an active user of communication, rather than a passive consumer of media. You are the political subject, not an object of politics.

The future is already here. Let's make the best of it, shall we?
Posted by Sargoth at 04:57